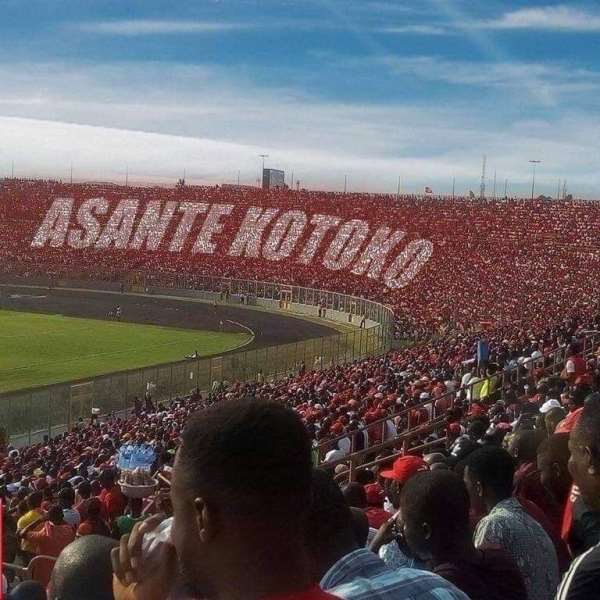 Kumasi Asante Kotoko supporters came in the numbers on Sunday as the filled the Baba Yara Sports Stadium to its full capacity.

The Ghana Premier League side defeated the Moroccan side 2:0 in the preliminary round first leg over Etoile du Sahel in the CAF Champions League.

Striker Augustine Okrah shot the Porcupine Warriors in front just two minutes into the game with a sumptuous freekick before forward Richard Arthur doubled the lead in the 55the minute after a delightful possessive football.

Okrah, nearly grabbed a brace for Kotoko four minutes after his brilliant goal but unfortunately saw his shot hit the cross bar.

Asante Kotoko proved very purposeful throughout the game with winger Emmanuel Gyamfi tormenting the North African side with his thunderous pace.

George Abege after superbly working his way into the Etoile penalty area fluffed the opportunity by shooting over the bar.