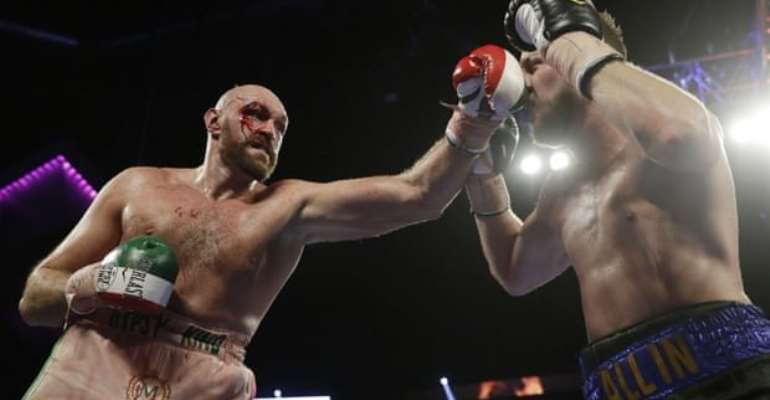 Tyson Fury battled to a rugged points win over Otto Wallin as he fought for over nine rounds with heavy cuts to maintain his unbeaten record in a dramatic bout in Las Vegas.

The 31-year-old Briton, a 1-25 favourite with bookmakers, was expected to walk through Sweden's Wallin but a deep wound above his right eye was repeatedly checked by the ringside doctor, prompting moments of stunned silence at the T-Mobile Arena.

It was a punch in the third round that drew blood above the eye and Fury displayed greater urgency when officials began to show concern, switching from patient boxing to planting his feet in a bid to land heavy, destructive shots.

A barrage in the ninth forced Wallin to sway, before a hard right hand piled him into the ropes in the 11th as Fury came through the type of examination few expected with a unanimous 116-112 117-111 118-110 points win.

Fury was taken to hospital after the fight, with promoter Frank Warren confirming he was set to have micro-surgery on the cuts - one above the eye and one on the eye-lid.

"It was a great fight," said Fury afterwards. "I got caught on the eye and that changed the fight. For the majority, I could not see out of the eye, then there was a clash of heads and I got cut again.

Wallin said: "I did everything I could, I tried my best and Tyson is a great champion. Nobody can question my heart or question that I'm a good fighter."