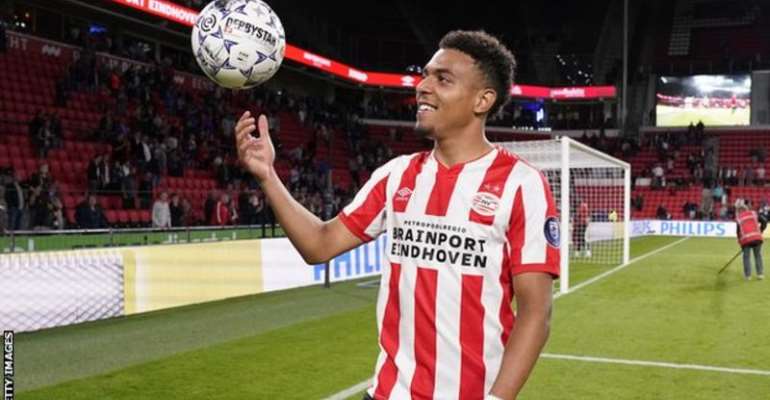 Donyell Malen scored all five goals as PSV Eindhoven thrashed Vitesse, who had started the day top of the Eredivisie table.

The Netherlands forward, 20, opened the scoring from Bruma's pass before heading in Mohammed Ihattaren's cross.

He headed in his hat-trick goal seconds after the restart before scoring two penalties in the final 10 minutes.

The former Arsenal youth team player scored on his Netherlands debut against Germany during the international break.

He is the third player to score five goals in an Eredivisie game for PSV after Coen Dillen in 1959 and Bert Theunissen in 1964.

PSV are now level on points at the top with Ajax, who beat Heerenveen 4-1.

Tadic has scored in eight consecutive Eredivisie appearances, the longest run for an Ajax player since Dennis Bergkamp in 1989.