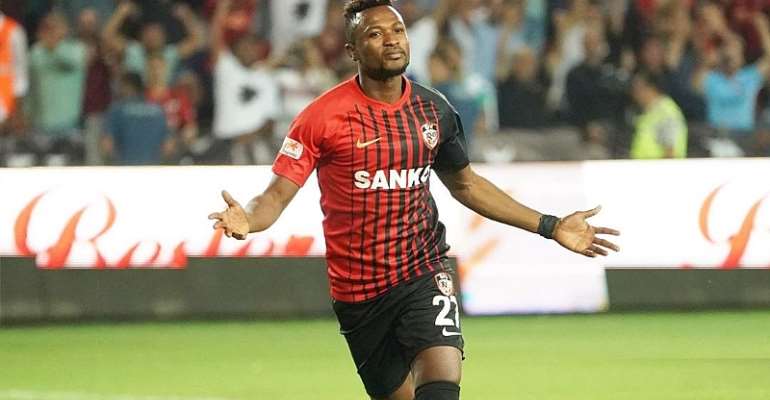 Ghanaian duo, Patrick Twumasi and Abdul Raman Chibsah were all on the scoresheet as Gazişehir FK defeated Besiktas 3:2 in the Turkish Superlig on Saturday.

Twumasi shot Gazişehir into the lead from the penalty spot in the 8th minute after Nigeria’s Olarenwaju Kayode was fouled in the box.

The Levante loanee made no mistake as he expertly converted to record his side’s first on the day.

The 25-year-old almost got his second on the day but would be denied by the woodwork.

Vural Guray got the second for Gazişehir with a thunderbolt strike before Ghanaian midfielder Abdul Raman Chibsah came off the bench to score the third for the home side.

Besiktas caused a scare when they scored twice within 2 minutes, but that wouldn’t be enough to help them avoid defeat at the New Gaziantep Stadium.

Ghanaian midfielder Aziz Tetteh also saw full time for Gazişehir FK who move to 6th on the log with 7points from four matches.

Twumasi has now scored twice since joining the club on loan whiles Rahman has just one goal to his credit.