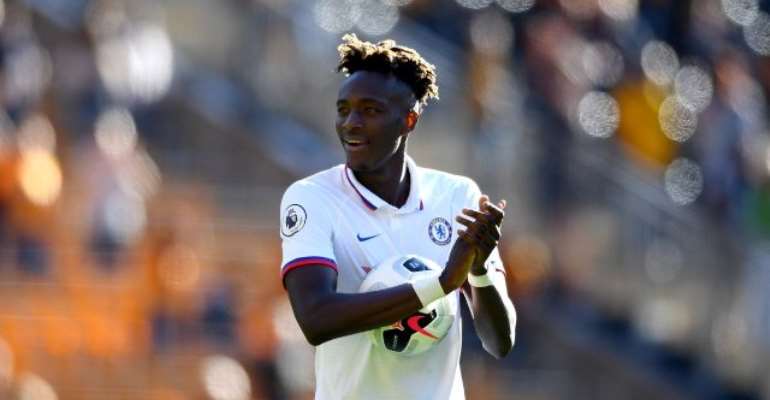 Tammy Abraham scored a brilliant hat-trick - and an own goal - as Chelsea destroyed Wolves at Molineux.

The England forward scored twice in the space of seven first-half minutes after Fikayo Tomori - another 21-year-old - had opened the scoring with a stunning 25-yard finish.

Abraham, who spent last season on loan in the Championship with Aston Villa, doubled the lead with a shot on the turn after referee Graham Scott had played an advantage following Conor Coady's foul on Mason Mount.

Wolves, who remain without a top-flight win this season, fell further behind when Abraham headed home, before the striker became the youngest ever Chelsea player to score a Premier League hat-trick following a superb finish after beating Coady - a seventh league goal of the season that took him to the top of the scoring charts.

In an eventful game, Abraham then scored an own goal as Romain Saiss' header struck his right hand before crossing the line, before Patrick Cutrone added a second Wolves goal from close range.

Abraham steals the show
Chelsea have 11 Premier League goals this season - and Abraham has scored seven of them during an outstanding start to the season.

Having scored two goals in each of his previous two league games, against Sheffield United and Norwich City, the forward showed off his repertoire of his skills in front of goal at Molineux.

Hungry to impress, his first was a clever, instinctive finish, while his second was a scorching header from a cross by Marcos Alonso, who was making his first league start of the campaign.

Abraham's third, from a Jorginho assist, was perhaps the best, as he calmly beat Coady before producing an angled finish.

His own goal was unfortunate - Saiss' header was heading for the net when it struck the forward's hand - while Abraham was also booked for a foul on Diogo Jota.

Later, when he was replaced by Michy Batshuayi after landing awkwardly, Abraham was booed by Wolves fans. He responded by showing the crowd three fingers - one for each of his goals at the right end.