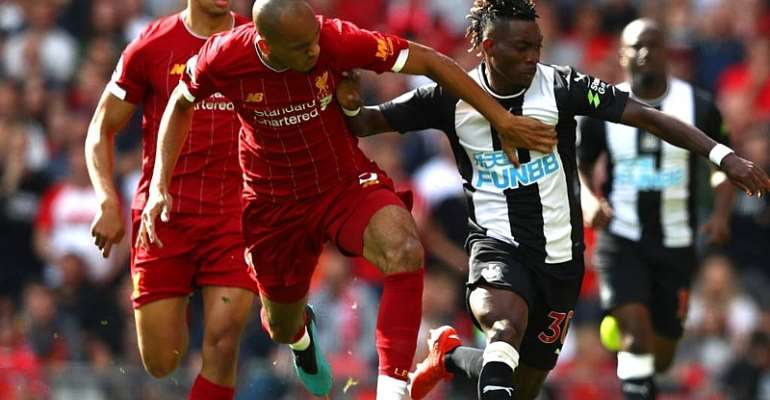 Black Stars attacker Christian Atsu ended up on the losing side on Saturday morning despite proving an assist when Liverpool posted a 3-1 win over Newcastle United in the English Premier League at Anfield.

The winger since making a full return from injury has been a key part of the Magpies side who are trying to find their feet under new manager Steve Bruce who has succeeded Rafa Benitez.

Called upon to feature in the attack, Christian Atsu provided the assist to the goal that stunned Liverpool in front of their own fans. The former Chelsea man sent a precise pass to Jetro Willems who sent a thunderbolt strike into the net of goalkeeper Adrian.

Notwithstanding the early lead, the Reds came from behind and scored two quick goals courtesy strikes from Sadio Mane to ensure they went into the first break on the winning side.

Egypt’s Mohammed Salah found the back of the net in the second half to complement Mane’s brace to seal the 3-1 victory for Jurgen Klopp.

Christian Atsu enjoyed the entire duration of the match but his side, unfortunately, finished the game with no point.