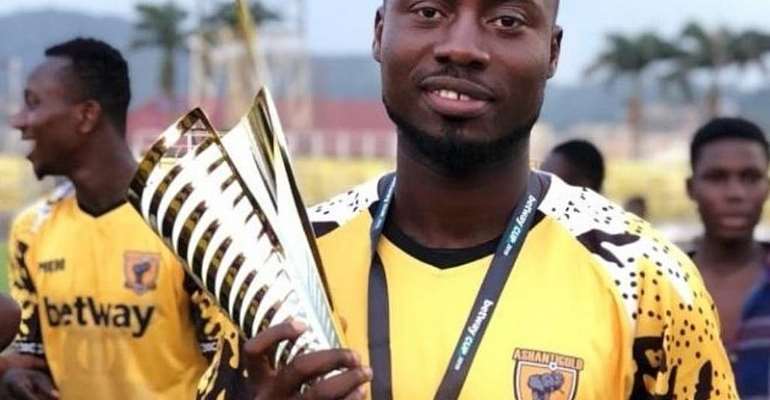 AshantiGold SC defender, Eric Donkor has hinted that he is impressed with their preparations for their CAF Confederations Cup clash with RS Berkane at the Len Clay Stadium, Obuasi.

According to the former Asante Kotoko ace, their target is to get a good win at home and they have done serious work at training to achieve that feat.

"Our preparations have so far has been perfect looking at the strategies we want to play. We are going all out to get a sounding victory which could make the return leg a mere formality," Donkor told Graphic Sports Online on Thursday.

Donkor further assured that they are not taking anything to chance against the Moroccans, runners-up in the competition last year and one of the favourites to win the title this year.

"We are very much aware of their pedigree, we know North Africans have been powerhouses in this African club competitions so we are very cautious. We need to focus and play our game.

He called on the Ashgold supporters to come to the Len Clay Stadium in their numbers as their presence will be very important to spur the team to victory.

"I will entreat the fans to troop to the Len Clay Stadium on Saturday in their numbers and support us. They are our 12th man."

The winner of the two-leg tie will make it to the group stage of the competition.