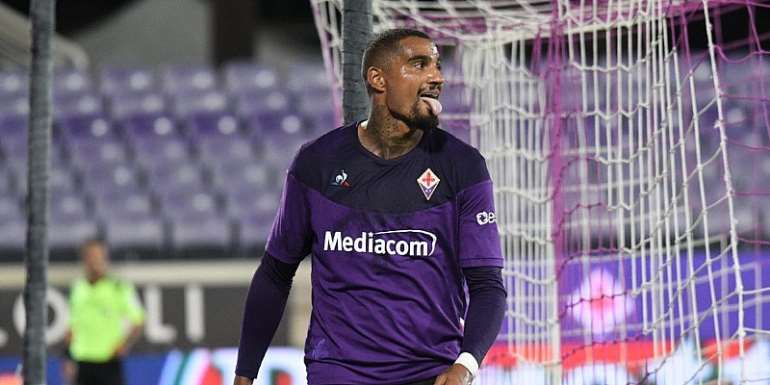 Fiorentina forward, Kevin-Prince Boateng is convinced his side can beat Maurizio Sarri's Juventus in Saturday’s Serie A clash.

The Florenz based side will host the Italian Champions at the Artemio Franchi Stadium in matchday three.

Vincenzo Montella's side have lost all their two opening matches before the international break.

Boateng, who has one goal to his credit in two appearances for Fiorentina beleives Juventus are beatable and will be hoping to record their first win of the season at home.

“Now we are up against a great team so we have to be firing on all cylinders. We want to win. We want to win and we’ll do everything we can to make it happen,” he spoke to the Club’s website.

“It may be Juve but no team is unbeatable. On Saturday it doesn’t matter about having the best tactic or whatever, it comes down to who wants it more.

“I realized how important this match is from day one because everyone said “Do what you want, just beat Juve, you have to score against Juve.

“Scoring is not the only thing on my mind. If I score, great, but if I don’t and we win I’m just as happy. I give everything I have and if I score I’m happy, but my son’s is happier than I am when I score. He only hags me when I score.”

Fiorentina finds themselves in 16th position yet to record a victory after two matches into the season.