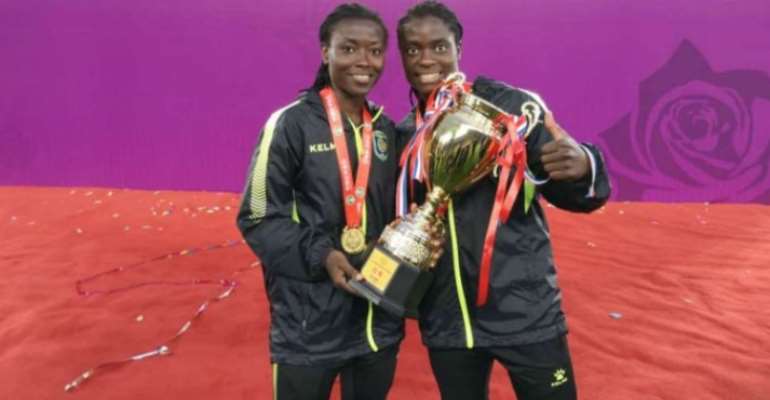 Elizabeth Addo was on the scoresheet twice as Jiangsu Suning defeated Guangdong Meizhou 5-0 to clinch the 2019 Chinese Women’s Super League on Wednesday.

The former Black Queens skipper netted the third and fourth goals in the 32nd and 66th minutes respectively while Malawi’s Tabitha Chawinga, Tang Jiali and Yang Li grabbed the others in the emphatic away victory.

Addo finished the season with five goals in 12 appearances for the club after joining the club in April this year.

The league success completes a domestic treble for Elizabeth Addo and her Jiangsu Suning side who, this season, have also won the FA Tournament and FA Cup.

Jiangsu Suning thus achieve the league title success for the first time in a decade with two games to spare.