I Was Ready For Barcelona Move - Gideon Mensah 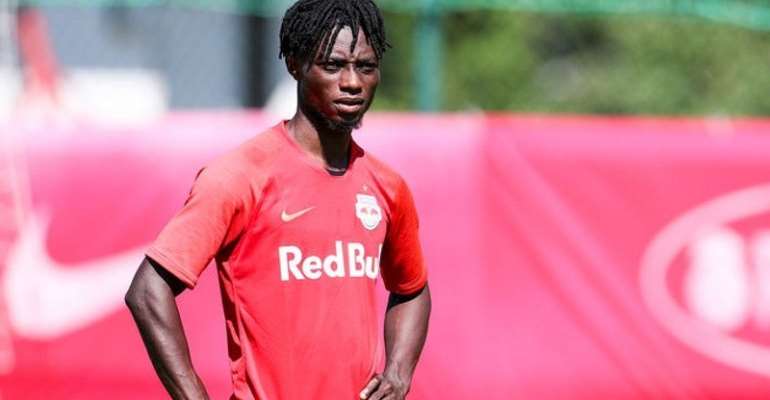 Former WAFA left-back, Gideon Mensah has confirmed Barcelona interest insisting he was ever ready to play for the Spanish giants.

Mensah made the headlines during the summer transfer window after his impressive output during preseason.

The likes of Celtic, Barcelona and ST. Pauli were in the race to sign the Ghana U-23 left-back.

However, the enterprising defender joined Belgian side Zulte-Waregem on loan from Red Bull Salzburg.

To Gideon, the news of Barcelona showing interest in him came out of the blue but he was ready to join the Blaugrana.

“I wasn’t so sure about the news. I was skeptical, honestly. Because when the news is coming, sometimes you see it coming but this was news that nobody saw coming,” Gideon confessed.

“My agent was working on a loan deal at St. Pauli and called to tell me that deal could not go through but Barcelona are looking for me.

“I was like how? But he told me I don’t need to understand now but later he will explain things to me.

“I was and I’m ever ready in this time of my career. I just needed to go there, take my time to settle and continue to do what I am doing best,” he added.