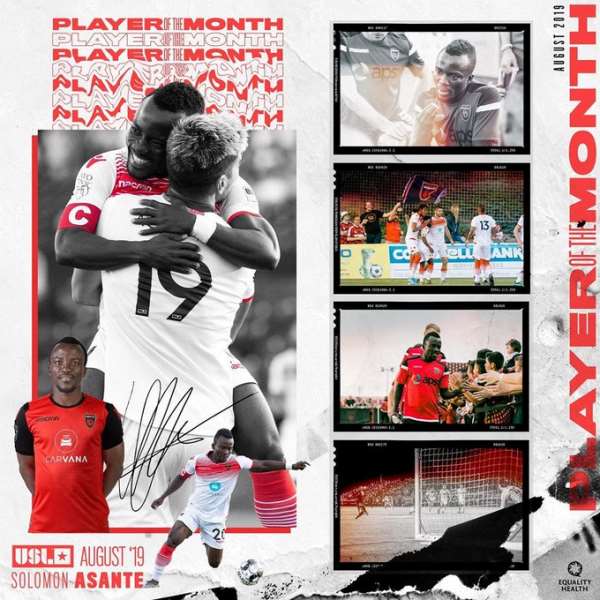 Ghanaian attacker and Phoenix Rising FC captain, Solomon Asante has been crowned the ‘player of the month’ for August following his impressive outing with his side in the United Soccer League (USL).

The ‘little wizard’ has been in devastating form for his side all season and continues to perform at the top level in every game. He was at his best throughout last month and helped his club to secure qualification to the play-offs of the USL.

Those statistics combined and with his output on the field of play has earned him the player of the month accolade as he looks well on course to win the most valuable player of the season.

Asante is leading the goal scoring chart in the USL with 21 goals after making 25 appearances. He is likely to increase his tally when the play-off season starts.