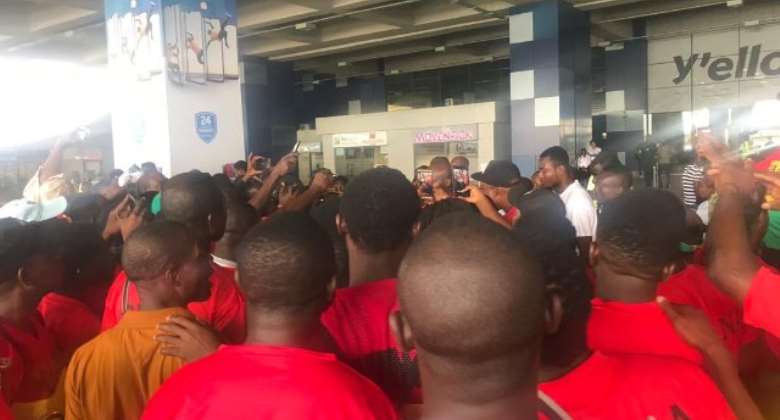 Black Meteors have received a rapturous welcome on returning home following their qualification to U-23 Africa Cup of Nations on Thursday afternoon.

Thousands of supporters gathered at the Kotoka International Airport to welcome the team.

Ibrahim Tanko and his men won 1-0 against Algeria in Setif to book their place at the tournament with a 2-1 aggregate victory after a 1:1 draw in Accra.

A late strike by skipper Yaw Yeboah sent Ghana through.

The Black Meteors have joined seven other countries to compete at the Africa U23 Nations Cup in Egypt in November.

The top three teams at AFCON will represent Africa at the Olympic Games in Tokyo 2020.

Bagbin fly to Dubai for medical review after budget rejectio...
44 minutes ago