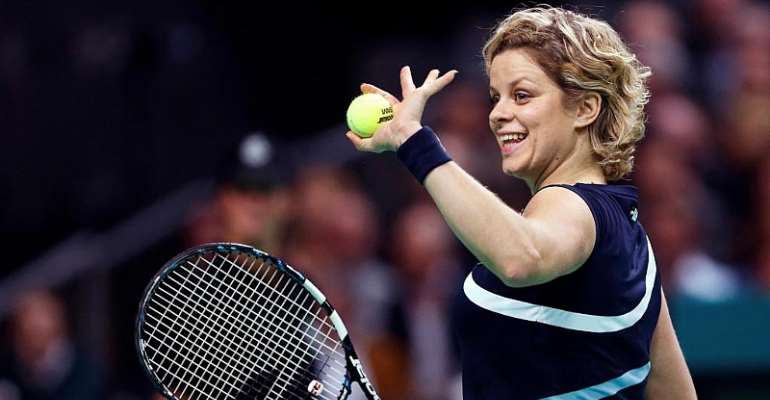 Former world number one Kim Clijsters announced on Thursday that she will return to competitive tennis for the 2020 season. The 36-year-old Belgian retired from the circuit for a second time in 2012 to raise her children.

Before heading away from the WTA tour, she won 41 singles titles including four Grand Slam trophies.

In 2007, at the age of 23, Clijsters announced her retirement due to persistent injuries and to start a family.

After giving birth to her daughter Jada in 2008, she returned in 2009 during the American hard courts swing of the tour.

Resurgence
In the third tournament of her comeback, Clijsters won the 2009 US Open as an unranked wildcard.

The second major of her career also gave her the accolade of becoming the first mother to lift a Grand Slam title since Evonne Goolagong Cawley in 1980.

Clijsters followed up her US Open title by adding five more crowns in 2010, including the successful defence of the US Open.

She added the third major of her comeback at the 2011 Australian Open and rose to the number one spot for the fourth time.

"These last seven years I've been a full time mum. And I love it, I really do," said Clijsters on social media.

"But I also loved being a professional tennis player. And honestly I miss that feeling."

Discovery
In an interview with the WTA Insider Podcast, Clijsters added: "I don't really feel like I want to prove something. I think for me it's the challenge.

"The love for the sport is obviously still there. But the question still is, am I capable of bringing it to a level where I would like it to be at and where I want it to be at before I want to play at a high level of one of the best women's sports in the world."