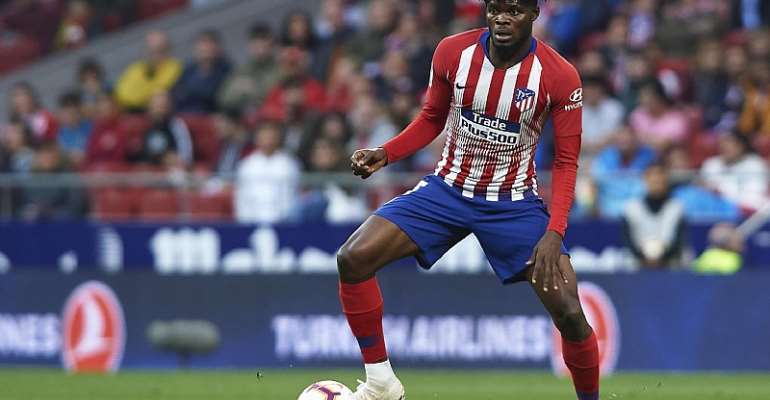 Spanish scout, Javier Banos has recounted how he engineered the signing of Thomas Partey for Atletico Madrid.

Banos revealed how the 26-year-old played his trial match between the reserve sides of fellow Laliga side Getafe and Atletico Madrid in 2012.

"He came to the test of Atlético de Madrid, we tested him in a friendly against Getafe and at the break I tell Manolo Romero, head of scouts, to call Julián Muñoz, director of the academy because this boy is a First Division player, Baños told Mundo Deportivo.

“You have to sign him now, " added Banos.
The decision was followed by three years with Atletico Bs’s team as well as a loan spell with UD Almería.

A couple of years later as a key senior side player, Banos reflects on how the midfield dynamo has come full circle.

"He is such a humble and grateful player that little by little he has been growing and he was seen to be up.”

Banos continued to mention why Odumase Krobo-born player has grown to become the Ghanaian player who is target by several of the top clubs in Europe. Banos noted Partey as having a true work ethic.

“He gives everything every minute he is on the field. He has always made his way to work, work, work ... And right now he is a top player,” he added.

“A footballer who is usual to see him in the Champions League. He has already played a final ... it's amazing,” the Spaniard concluded.

Patey's side next take on Real Sociedad in a Laliga encounter this Saturday 14 September.