France's basketball heroes urged to refocus after US scalp 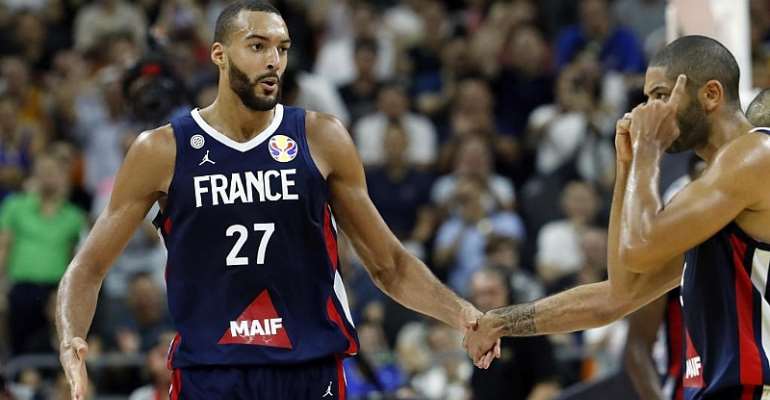 France basketball star Rudy Gobert called on his teammates to regather their poise quickly after their shock win over the United States at the basketball world cup in China on Wednesday.

The defending champions suffered their first loss in the competition in 13 years when France beat them 89-79 in their quarter-final clash in Dongguan.

Gobert, who plays for the Utah Jazz in the NBA, described the win as unbelievable.

"I was thinking we might never get the opportunity to beat the United States again and I told that to the guys," said Gobert.

Surge
France, who finished second in Group L, will take on Argentina in the semi-final while Australia, who finished above them in the pool, play Spain for a place in Sunday's final in Beijing.

Questions marks over the Americans' ability to retain the title initially arose after a plethora of top NBA stars refused to join the squad.

Those doubts intensified with a pre-tournament defeat to Australia. And the frailties were laid bare during the competition especially after a last gasp victory over Turkey during the group stages.

"We have 12 guys that want to compete for America," said US player Donovan Mitchell. "It sucks that some of our country people don't feel that way about us but we don't care. We wanted to compete and we did."

Tribute
US coach Gregg Popovich said his side had been beaten by a powerful collective display.

"It's not just a couple of guys on their own," said the 70-year-old who heads the San Antonio Spurs during the NBA season.

"It's the best French team I've seen because they play at both ends of the court. They fit together really well - all the parts fit. They done an outstanding job. They were wonderful."