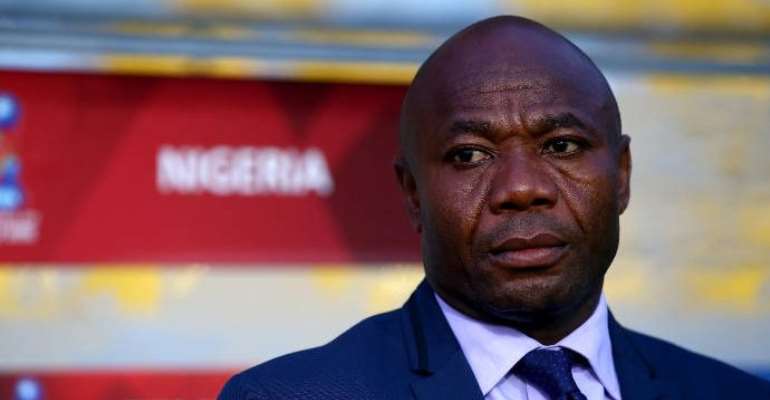 After qualifying Tanzania’s Taifa Stars for the 2019 Africa Cup of Nations (AFCON) for the first time in 39 years and leading the team to the continental showpiece in Egypt, Emmanuel Amuneke has asked the Arbitration Committee of FIFA to compel the East African nation to pay him his outstanding wages.

The former Nigeria and Barcelona winger who is AFCON 1994 winner with the Super Eagles wants the football world body to compel the Tanzanian FA to settle the contractual entitlement to him following the mutual agreement to terminate the remaining part of the contract last July.

Amuneke, 48, was relieved of the Taifa Stars’ job as the Tanzanian FA leadership was not satisfied with his inability to take the team beyond the group stage of AFCON 2019.

Tanzania lost 3-2 to Kenya in the opening group match; were beaten 2-0 by Senegal and completed the Group C outing with another 3-0 loss against Algeria.

But almost two months after the AFCON in Egypt, the Tanzanian FA appears to have reneged on its promise to pay the FIFA U-17 World Cup-winning coach his entitlement.

But when THISDAY spoke with Amuneke on the matter yesterday from his base in Spain, the ex-international admitted contacting FIFA on the matter.

“Yes, it is true that I have not been settled what I am entitled to in my contract with the Tanzanian FA. I have already asked FIFA to help me intervene on the matter,” stressed the former left-winger who won the AFCON 1994 for Nigeria with his vital goals.

Amuneke who is not given to frivolities insisted that “it is left for FIFA to decide whether it is right to terminate a contract without any payment as stated in the contract we signed.”

Amuneke who also played a vital role in Nigeria’s 1996 Atlanta Olympic Games men’s football victory gave Tanzania the ticket to AFCON 2019 with Taifa Stars 3-0 home win against Uganda’s Cranes on the final day of the qualifiers.

The former Nigerian star who took up coaching after retiring and completed his coaching coaches in Europe in 2008 was coach of Sudanese side Al Khartoum Al Watani Sports Club in November 2017. But he walked away after just four months when the club told him to take a pay cut.

The Tanzanian job was Amuneke’s sixth in his coaching career.