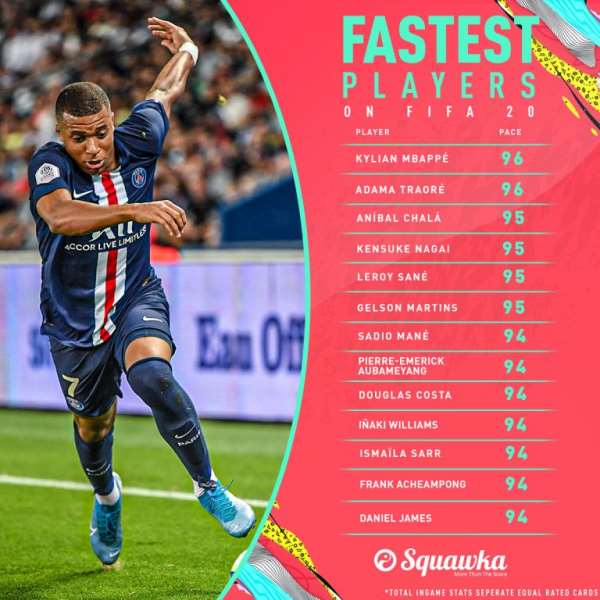 Ahead of the official release of the 2019 edition of the FIFA 20, Ghanaian winger Frank Acheampong has been revealed as one of the top-ranked speedsters in the game.

One of the attacker's trademarks that have made him flourish over the years is no doubt his speed.

Now playing for Chinese Super League side Tianjin Teda after moving from Anderlecht a couple of seasons ago, Acheampong has been rated amongst the top 13 fastest players in the FIFA 20 game.

The top ratings which ranges from 94-96 has Paris Saint-Germain poster boy Kylian Mbappé as the number one (96), very well followed by Wolverhampton Wanderers winger Adama Traore who is also rated at 96.

Meanwhile, the creators of the game have confirmed that FIFA 20 will be released on Friday, September 27, 2019, for PlayStation 4, Xbox One, Nintendo Switch, and PC.