Injured Kompany To Miss His Own Testimonial 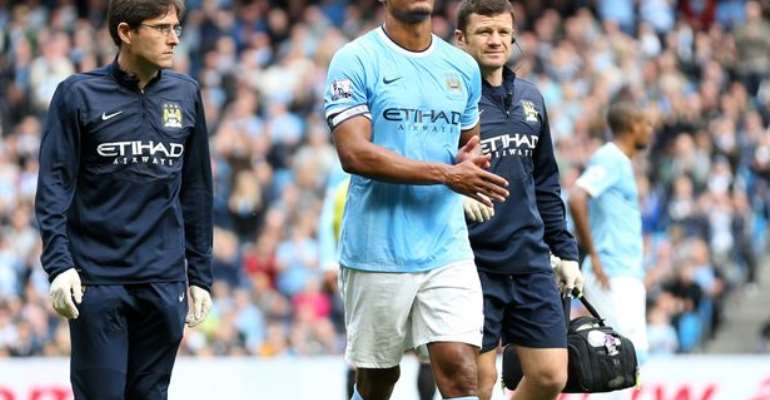 Vincent Kompany says he will not play in his testimonial on Wednesday night due to a hamstring injury.

A host of Manchester City and Premier League legends are set to turn out for Kompany’s testimonial at the Etihad Stadium.

However, the Belgian himself says that he, ironically, will not be able to play due to a hamstring problem.

“Unfortunately I won’t be starting tonight or playing. It’s typical of me, right? I’m usually just there for the end of the season,” Kompany said.

“I’ve got a slight hamstring injury. I couldn’t risk it tonight.

“We’ve got plenty of awesome players to be watching today and in many ways it is about a celebration to say goodbye, it doesn’t need to be on the pitch as such.

“In the same way, we are doing it for an unbelievable cause. That takes priority.

“I’ll be there for David Silva and Kun Aguero’s testimonials.”