'Ousmane Dembélé Is Like A Little Child', Says KP Boateng 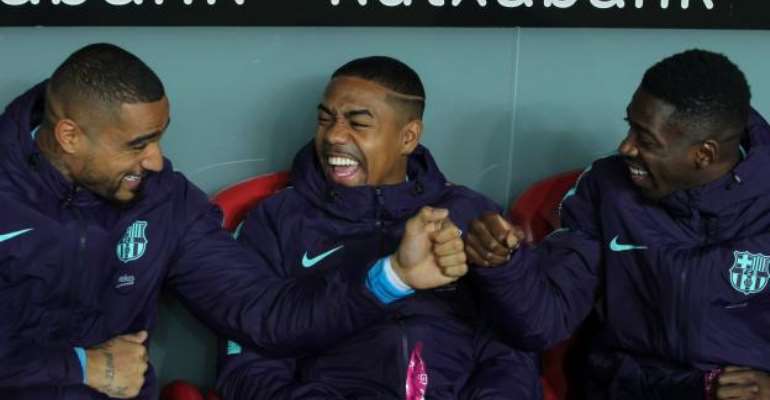 Ghana and Fiorentina forward, Kevin Prince Boateng beleives Ousmane Dembele should not be blamed for his consistent showing up at training late reiterating that he is like a child.

The French international who joined FC Barcelona from German Bundesliga Borussia Dortmund two seasons ago has been tagged as one of the uncontrollable players in the dressing room of the Spanish giants.

Sources close to the talented winger say he is always playing video games and does not sleep on time.

However, Boateng, 32, who joined FC Barcelona last season on a six-month loan deal from Sassuolo beleives the player must not be blamed.

In an interview with 'Sport Bild', Kevin-Prince Boateng said, "Dembele is like a child for me. You need accept him for what he is. Yeah, he might arrive late for training now and again. There are players who do it on purpose but he's different. He's always like a little child."

"The problem and this isn't just about Dembele, is that young professionals earn far too much money. An 18-year-old shouldn't be earning four million euros per season. And if they do earn that, the money should be immediately reinvested so they see as little of it as possible," proposed the midfielder-cum-striker.

"For me, he's still a boy swimming in a giant pool. He suddenly cost €150m and still doesn't know how everything works."

Dembele is currently nursing an injury he suffered early in the season.