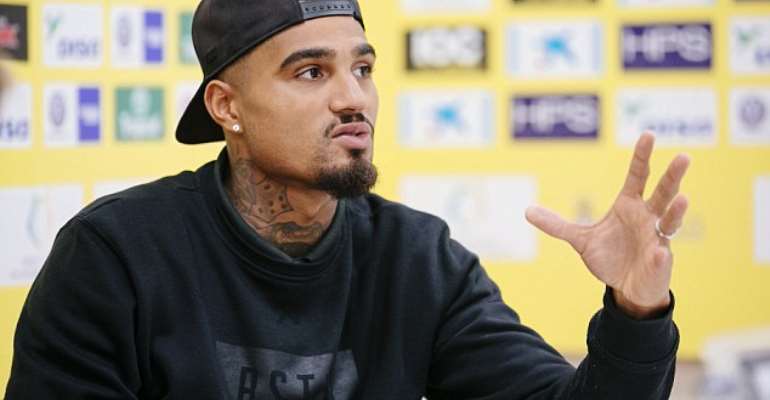 Ghana forward, Kevin Prince-Boateng has opened up on how he bought three cars in one day during his stay at Tottenham Hotspurs.

When he joined Spurs back in 2007, Boateng was praised for his natural talent, but his off-the-field antics ended up dominating headlines.

Often criticised for a lack of professionalism, Boateng ended up leaving Spurs just two years later, before bouncing around Europe with a whole host of sides.

The 32-year-old joined his 11th club of his career having joined Fiorentina from Sassuolo this summer.

But now one of the older players in the dressing room, Boateng has regrets from his younger days and feels he 'didn't treat football as a job' when he was spending his money in England.

The striker has had a wealth of clubs but is looking to settle down since joining Fiorentina.

According to him, he 'didn't treat football like a job' when he was frivolous with money.

'I'll go back and say: I didn't treat football as a job,' he told ​La Repubblica (via ​Football Italia)

'I was an idiot. I had talent, but I trained the bare minimum, an hour on the field. I was the last to arrive and the first to leave. I'd be out with friends. I had money, I lived like a king. I'd never been to the gym. That changes your later career. 'I bought three cars in one day when I was at Tottenham: a Lamborghini, a Hummer and a Cadillac. To the youngsters, I tell them: "You cannot buy happiness."

The former Borussia Dortmund forward accepted that he did not treat football properly when he was a younger player, 'I didn't play, I had family problems, I was out of the squad. I was looking for happiness in material things: a car makes you happy for a week. I bought three to be happy for three weeks.'

Boateng made an immediate impact in Florence as he netted a stunner on his debut - a 4-3 home defeat against Carlo Ancelotti's Napoli side.

But things did not kick on for Boateng in his first start for the Viola as Vincenzo Montella's side were beaten 2-1 away at Genoa and face a tricky return to Serie A action against champions Juventus.

Fiorentina are pointless from their opening two games and will look to get off the mark quickly before they get entrenched in another relegation battle.