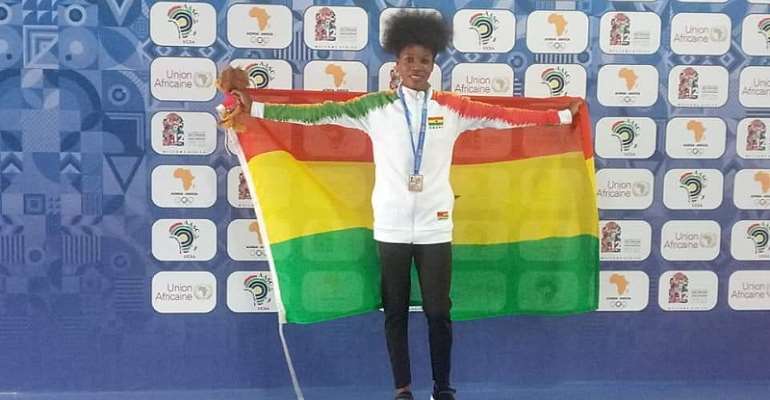 The Ghana Country Director of African Sports Media Network (ASMN), Mr. Sammy Heywood Okine aka ‘General One’ has commended the Ghanaian sportsmen and women who performed at the African Games in Morocco.

Mr. Okine who is also Deputy Communications Director at the Ghana Olympic Committee (GOC) and Ghana Boxing Authority (GBA) hailed the medalists and said they could have done better with the right motivation and preparations.

He noted the preparation of the teams was not the best as most federation presidents were most often not informed by the International Games and Competitions Committee (IGCC).

According to the experienced sports journalist who is also associate editor at www.boxingghana.com, though Ghana did better than the previous competition four years ago, they could have won more gold.

“I am not happy that boxing could not get a gold or silver, however, I saw that the competition was very keen. I am glad to hear there is another qualifier to the Olympic Games in Senegal next year, we have to qualify in boxing” he said.

He expressed that as Ghana prepares to host the next Games in 2023, there must be proper planning and coordination so that Ghana produces one of the best competitions.

He said Morocco organized well and Ghana must equal or better.

He advised that sportsmen and women must be camped on time and given the right inspiration and motivation to perform.

He stressed that the female local athletes like Rose Yeboah, Deborah Acquah, Winnifred Ntumy and Grace Obour deserve to be honoured by Women In Sports (WISA) which he is an adviser.

He added that the 4x100m squad also deserve tons of commendation for winning the precious gold.

The former Sports Writers Association of Ghana deputy general secretary and current editorial general of www.ultimatesportsgh.com urged the sports media to support the IGCC to put up a splendid organization in 2023.

Seized rosewood to be used for National Cathedral constructi...
50 minutes ago

Anti-LGBTQ bill gazetted, to be laid for first reading on Mo...
55 minutes ago