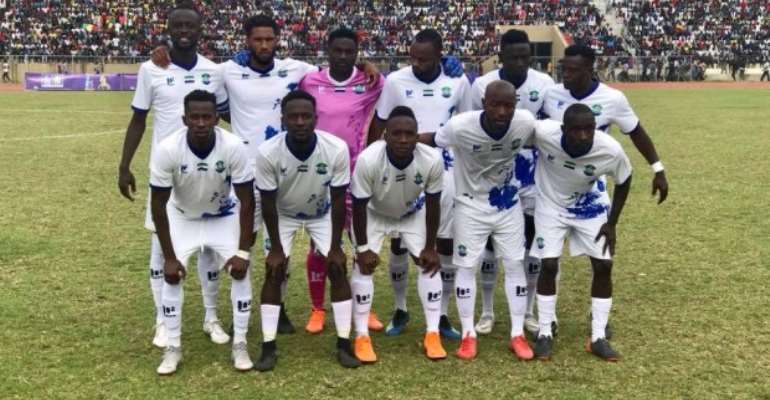 Liberia beat neighbours, Sierra Leone 3-2 on aggregate to advance to the second round of the Africa’s qualifying for the 2022 World Cup.

The Lone Star won the first leg 3-1 at home and though the Leone Stars won 1-0 in the second leg, it was not enough to overturn the loss suffered in the first leg.

Sierra Leone, coached by Ghanaian Sellas Tetteh, barely had time to prepare as the past month saw the Sierra Leone Football Association (SLFA) and government in a tussle over Coach Tetteh’s appointment.

While the-Isha Johansen led SLFA appointed Tetteh as head coach, government said it was not in support because there was no funds to support his wages.

Nonetheless, the SLFA went ahead to confirm his appointment, but he did not get enough time to prepare the team for qualifier.

Three goals in the first leg -- 18th penalty converted by Terrence Tisdell and a second penalty converted by Mohammed Sangare on the 82nd minute and Sam Johnson’s 88th-minute strike gave the Liberians a huge advantage in the home game played at the Samuel Doe Sports Stadium in Monronvia.

A consolation from Kwame Quee gave the Sierra Leoneans hope of recovering, but they only managed a goal in the second leg they hosted, scored by Kei Ansu Kamara and that was not enough to see them through.

The match was Sierra Leone’s first international assignment after they were banned in October 2018 by football’s world governing body for political interference in the affairs of the SLFA.

The ban was lifted after Johansen was reinstated as the SLFA president following her acquittal and discharge over corrupt charges from government by a High Court in Freetown last June.

Having qualified, the Lone Stars now wait to know which group they will be drawn in and against which sides as 26 teams will be joining 14 who will advance in the second round.