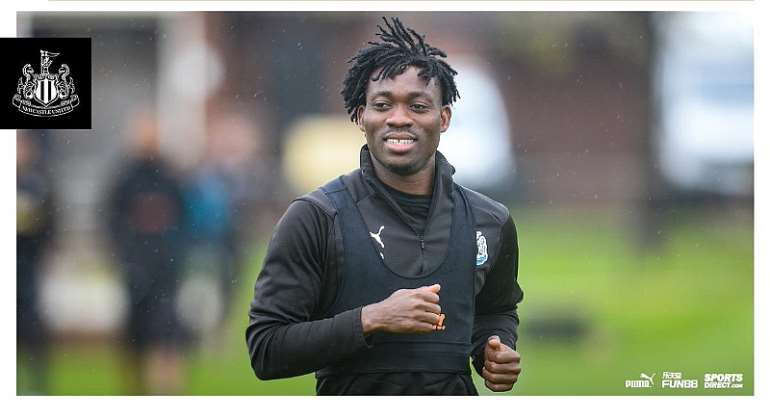 Ghanaian international Christian Atsu has revealed that his recent impressive form in the English Premier League is because he is benefiting from the tactics of new manager Steve Bruce.

The Black Stars attacker missed the first two matches of the season but has been an inspiration since recovering from an injury he suffered during the 2019 Africa Cup of Nations (AFCON) tournament.

Having earned applause from pundits and fans of the Magpies, Christian Atsu has disclosed that he is playing well under Steve Bruce as a result of the role he is handed in the gaffer’s tactics.

“I'm playing a bit further up the field under the new manager, and I'm happy about that”.

“I think it suits the way I play. The manager has said he really wants me to press defenders, and I think that suits me”.

“I think it will help me create things, because if the opposition lose the ball, I'm already in front of it, and that makes it easier to get forward and attack. Hopefully, that will mean I'm assisting more”, Atsu said in an interview ahead of the side’s tough match against Liverpool in the coming weekend.

The 27-year-old is in contention to play a key role for Steve Bruce’s side when they lock horns with the League leaders.