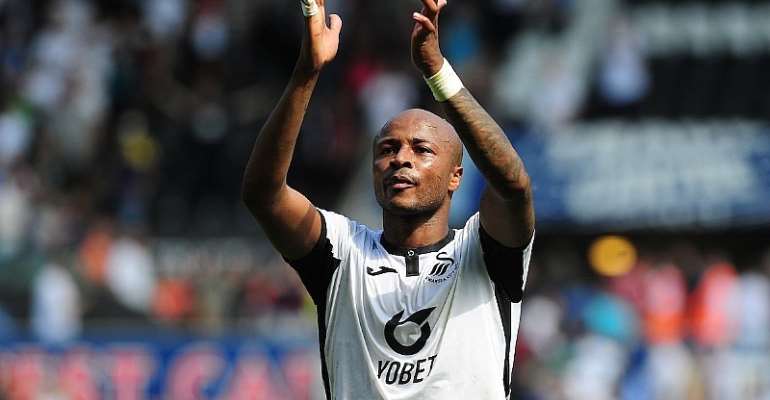 Ghana international, Andre Ayew has been nominated for Swansea City player of the month award.

The 29-year-old has been impressive for the Swans following his return to the club in summer.

The Black Stars skipper who was linked away from the club during the summer transfer window has being a key figure for Steve Copper's side.

The former West Ham forward scored a brace in their win against Northampton Town in the Carabao Cup and assisted twice against Queen Park Rangers in the Sky Bet Championship and helped them to maintain their unbeaten run.

The attacker will face stiff competition from defender Joe Rodon and striker Borja Baston who are also up for the prize.

The winner will be announced on Wednesday.