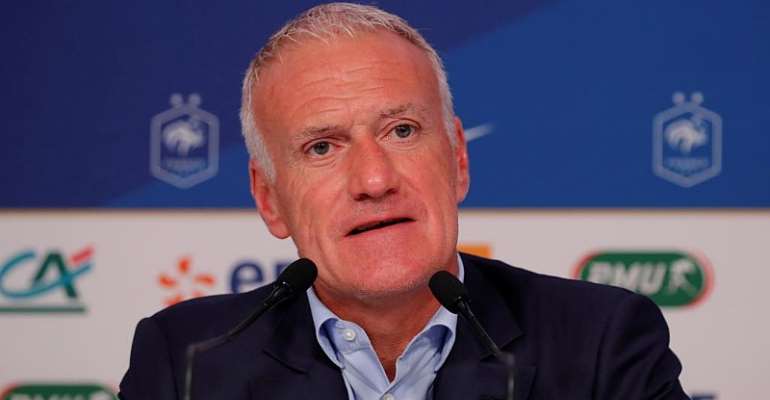 France take on Andorra in Tuesday night's Euro 2020 qualifier expecting to maintain their dominance of Group H while offering a chance to fringe players in the national squad.

But even though Albania lie more than 130 places below them in the rankings, Deschamps said he had cautioned his World Cup winners against complacency.

When France beat Croatia 4-2 in the World Cup final in Moscow in July 2018, Deschamps became the third man after Mario Zagallo and Franz Becknebauer to win the trophy as a player and as a coach.

"We have to be ready to step up and achieve what we want to achieve," added Deschamps who led France to the final of Euro 2016.

Landmark
The fixture at the Stade de France just outside Paris will be the 100th game at the venue since its inauguration for the 1998 World Cup.

"It's a stadium that gives the players positive vibes," said France skipper Hugo Lloris, who will win his 113th cap on Tuesday night.

"There'll be 60,000 spectators and we really want to give a good performance and make them happy."

Changes
Of the troika, Zouma could feature in the starting line-up after solid performances for Chelsea in the English Premier League and Ben Yedder has been touted as a replacement for Olivier Giroud who scored his 36th international goal in the triumph over Albania.

At the back, Deschamps is expected to draft in Léo Dubois and Lucas Digne on the right and left respectively in place of Benjamin Pavard and Lucas Hernandez.

"It's logical that there will be some fresh faces," added Deschamps. "Even if the 11 who played on Saturday want to play again. But we have to give a run-out to the others in the squad."