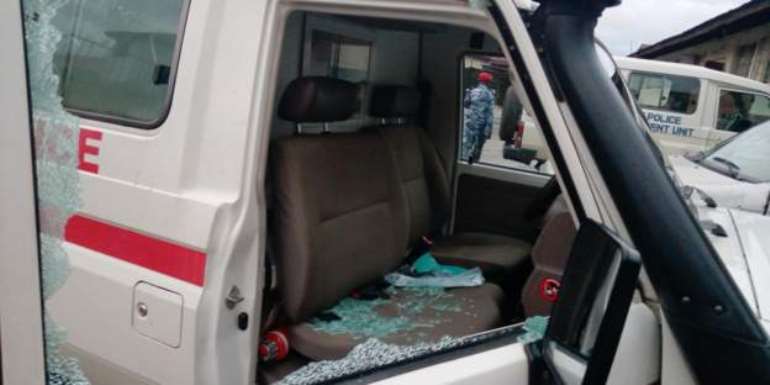 Angry fans of the Sierra Leone national team have vandalised the team captain Umaru Bangura's house after he missed a decisive, stoppage-time, penalty.

In front of a huge crowd in Freetown on Sunday, team captain Umaru Bangura failed to convert the penalty that would have put Sierra Leone through to the group stages of the 2022 World Cup qualifiers.

Liberia, under new coach Peter Butler, went through instead. Five places have been reserved for Africa at the tournament in Qatar.

After the game, fans reportedly smashed the windows and doors of Mr Bangura’s home in Freetown.

Red Cross staff also came under attack after they were accused of shielding Mr Bangura from the fans, the BBC’s Umaru Fofana says.

Four Red Cross volunteers were injured in the unrest. People also threw stones at their ambulances, which were later pictured with smashed windows.