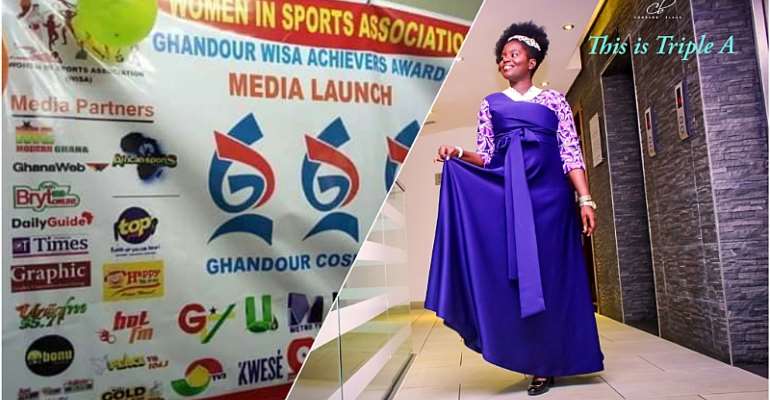 At the Accra Sports Stadium on Wednesday, September 11th, a host of sports personalities are expected to attend the launch of the 2019 WISA Achievers Awards.

Several women will be recognized for their contributions to the world of sports in the year 2019. From athletes to media professionals, the spotlight will be on a selection of women who put Ghana on the map through sports.

One of those is Angela Akua Asante who was the only reporter from Ghana to travel to France as an accredited journalist to cover the 2019 FIFA Women’s World Cup. Her versatile work as an independent media producer for the release of this summer’s “Fabulous France with Triple A” series did not go unnoticed by Gloria Commodore, founder of WISA (Women in Sports Association).

Angela Akua Asante is a 2019 WISA Achievers Awards winner. Triple A was recognized for her exclusive coverage of the FIFA Women’s World Cup in France:

The 5th edition of the WISA awards is proudly sponsored by Ghandour Cosmetics Limited and broadcaster OMY TV. The main award ceremony, after the launch on September 11, will be held on September 28 at the Accra Sports Stadium as well.