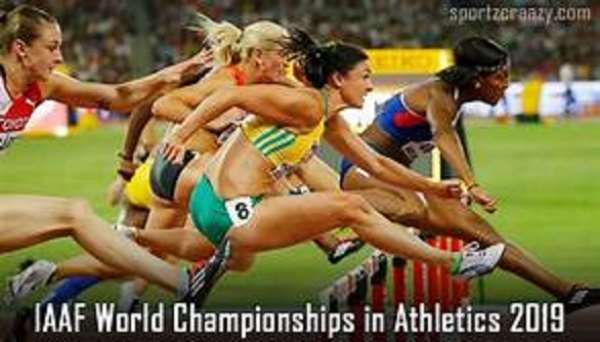 Mr. Ebenezer Ampaabeng, a former popular newscaster performed the launch and called on corporate bodies in Ghana to support the programme and Ghanaian athletes who would be running and jumping for medals from 27th September to 6th October 2019.

Bawah Fuseini, the CEO of Ghana Athletics said the nation would be represented by 12 athletes and their target is to qualify to the Tokyo 2020 Olympic Games and win medals.

He said the performance of the athletes at the just ended 12th African Games should inform athletics fans that there is hope for the future.

Some of the athletes who appeared on the show like Hor Halutie, 100meters hopeful, Rose Obour, 400meters bronze medalist, Deborah Acquah, silver medalist in long jump and Rose Yeboah, gold medalist in high jump were optimistic and confident of performing better.

Also present was Ben Azamati, the new sensation who won the GNPC Ghana Fastest Human 2019 in 10.02secs and also a member of 4x100m squad that won gold at the African Games in Rabat, Morocco. He promised to show wonders in Doha.