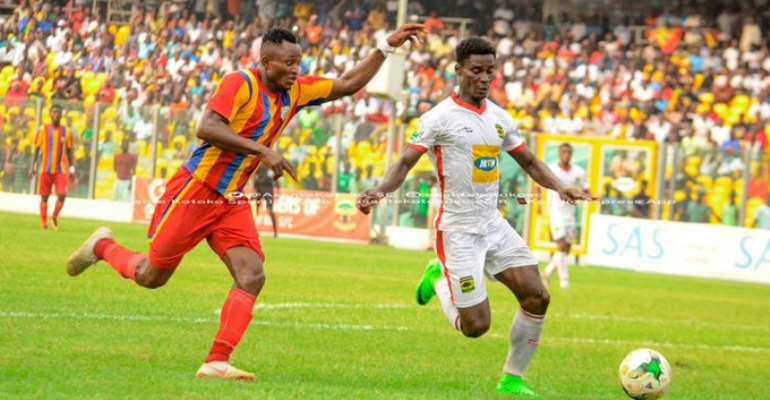 Kudjoe Fianoo, the chairman of the Ghana League Clubs Association [GHALCA] has announced two possible dates in October for the match to be played between Asante Kotoko and Hearts of Oak.

The match was to have been played on Sunday, September 8 at the Baba Yara Stadium but it was rained off after just 5 minutes.

There was an initial plan to re-play the match on Monday, September 9 but Kotoko’s participation in the CAF Champions League on September 15 forced the match to be postponed to a later date.

However, in an interview with Kumasi-based Oyerepa FM, Mr Fianoo confirmed that October 6 or 13 were very likely dates for the honouring of the match and it could even be played at a different venue other than the Baba Yara Stadium.

“We had a meeting today and GHALCA is looking at October 6 and 13 having in mind Kotoko’s CAF Champions League engagements and also, our sponsors, the government, and for that matter, the Ministry of Youth and Sports.