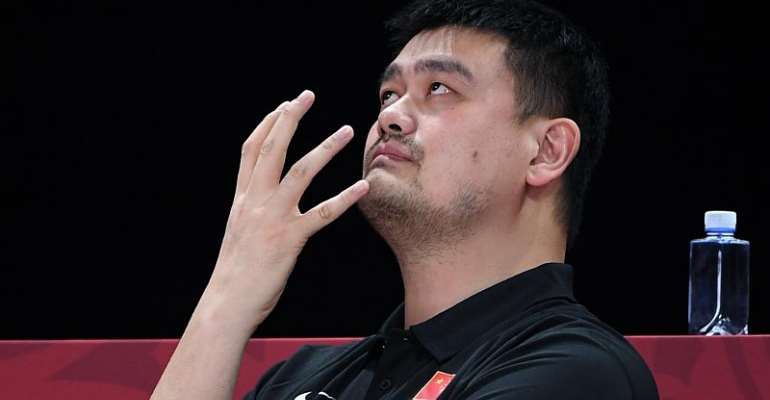 China's top basketball admininstrator Yao Ming said on Sunday he took full responsibility for his country's lacklustre performances at the world championships after they lost to Nigeria 86-73.

The defeat in the classification round for teams outside the top 16 means China have failed to qualify for the Tokyo Olympics directly from the World Cup.

The setback came just days after the shock of crashing out of the tournament at the group stage.

Yao, a former NBA star at the Houston Rockets, became president of the Chinese Basketball Association in 2017 vowing to reform the way players were trained.

Disappointment
But two years into his mandate, the national squad failed to move into the knockout stages after losses to Poland and Venezuela.

"It is me who disappointed the fans," said Yao said after the game against Nigeria. "The fans had great expectations for China at the World Cup but we could not make it."

He added: "The World Cup was a window for us to look out at the world. The gap between China and the world-leading basketball countries has been enlargened."