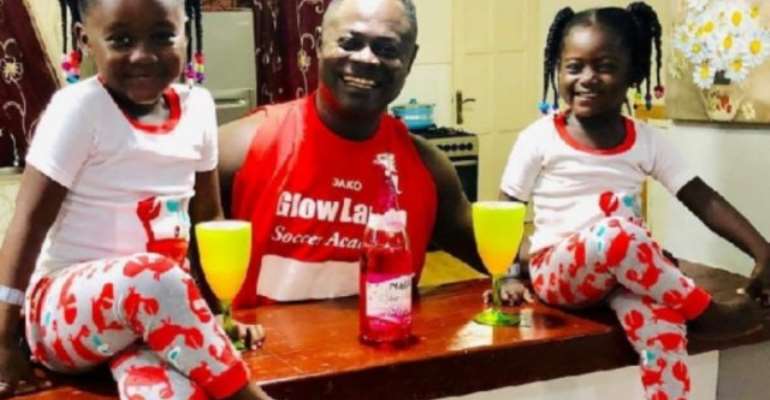 Former national youth star, Nii Odartey Lamptey has disclosed that he felt unbearable pain after a DNA test confirmed rumours that three children he raised with his ex-wife for 21 years were not his biological children.

Recounting the harrowing experience that put paid to his 21-year marriage to his now ex-wife Gloria Lamptey, the former Aston Villa starlet said he had to come up with a ruse to obtain a DNA sample from the three children.

"I thought I was the father but upon rumours that they are not my kids, they said I have to do DNA," he said in an interview with TV3. He added, "My lawyer showed me where they do the DNA, I got to know that yes, the kids are not mine".

He revealed that before performing the DNA tests, he visited a medical facility and informed them about his concerns without the knowledge of his ex-wife.

"I know, It was a difficult situation, I was very close with the children and for me to be able to do this, I told them I have an infection in my throat and upon doctors advise, I should be able to cure theirs now otherwise when they grow, they will have problems...".

He said he visited the school of the three girls with a doctor who collected the samples.

The former Anderlecht man stated that the test for himself and the three children cost him over GHS 4,000.

"At that short period, you finding out that, they are not yours anymore... I don't know the kind of pain any human being can go through more than that".

However, Lamptey said he has found happiness after remarrying and fathering two girls.

Watch the entire interview below;