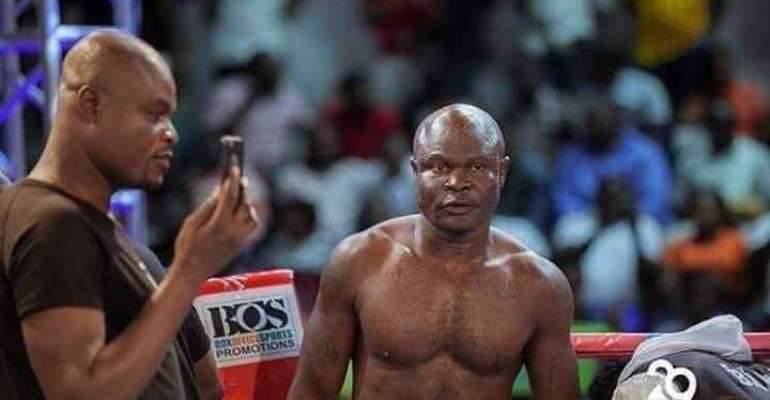 Banku dropped his German opponent, Rojhat Bilgetekin, in round three, at St George Hall in Bradford, UK, Saturday night, to win his first fight outside Ghana.

Shortly after the fight, Bukom Banku in a chat with Asempa FM Sports Presenter, Enoch Walanyo (Professor Wallace), said he is now focused on renewing his career with the opportunity given him.

Banku was billed to fight Ferenc Albert but the Hungarian boxer pulled out at last minute, with organisers replacing him with Bilgetekin.

The self-acclaimed “African Mayweather” had lost only once to Bastie Samir in their bout at the Bukom Boxing Arena in Ghana.

The tough-talking boxer is expected to tour other parts of Europe before returning home.

The Ghanaian cruiserweight boxer and the current WBO African champion, has promised to establish himself as one of Africa’s best boxers before hanging his gloves.