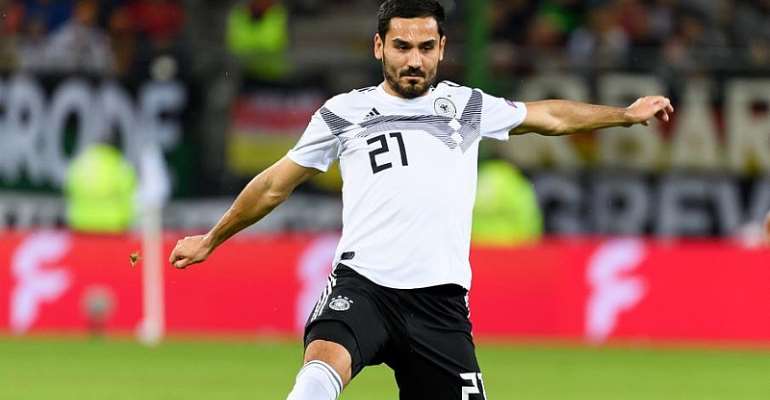 The 28-year-old left the team German hotel in Belfast on Sunday to return to Manchester and misses the top-of-the-table clash at Windsor Park.

Second-placed Germany need to beat Northern Ireland, who top Group C with four straight wins, having lost 4-2 to the Netherlands in Hamburg on Friday, leaving the Germans three points behind their hosts.

With Gundogan out of the match, rising Bayer Leverkusen starlet Kai Havertz, 20, is set to take his place.

"It was planned that Ilkay would play. Kai is a candidate in the starting eleven," said Germany head coach Joachim Loew.

Goalkeeper Manuel Neuer will captain Germany behind a four-man defence, a change from the three centre backs line-up which failed to contain the Dutch.

"Northern Ireland play with one central striker, which means for us that we only need two central defenders instead of three," explained Loew.

It means youngsters Matthias Ginter and Niklas Suele are set to partner up at centre-back with Jonathan Tah, who scored an own goal on Friday, dropping out.