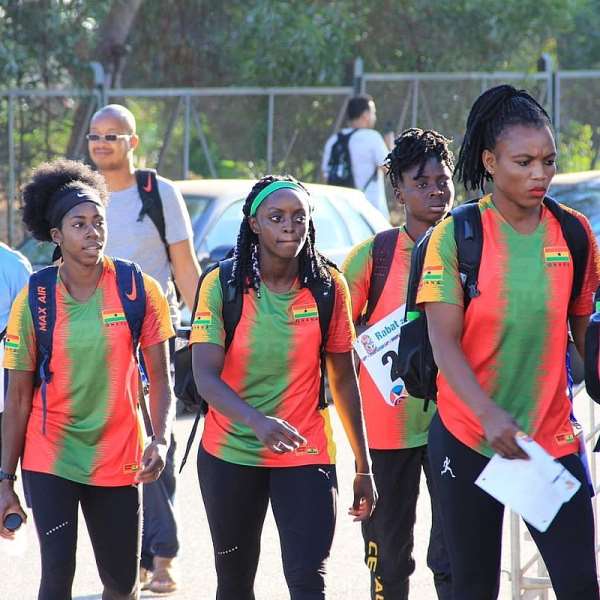 President of Women Sports Association of Ghana (WOSPAG) has congratulated all the female athletes who represented Ghana at the 12th African Games.

Mrs. Joyce Mahama, President of WOSPAG said the ladies did very well and should be commended and encouraged to perform better in subsequent competitions.

She hailed Winnifred Ntumy who started the medal haul for Ghana with three bronze medals and Debora Deboral Acquah who won silver in the Women’s Long Jump event.

Deborah Acquah who dropped the baton in the women’s 4x100m finals after being brought in as a last-minute substitute has won silver in her favoured event. She leaped 6.37m finish on her second attempt at the African Games.

Acquah, who has been battling a back injury since last year, shook off the disappointments of the events to add to the country’s medal haul.

The Golden Girl, Rose Amoanimaa Yeboah who won Ghana’s first Gold Medal at the 2019 African Games received the most praises. She won gold in High Jump for Ghana at the 12th African Games on Tuesday, August 27, 2019, in Morocco.

She was a product of Kumasi Girls Senior High School, and now a Student-Athlete at UCC.

She plays Hockey and basketball.
She won MVP at the Spriteball Championship as she helped Kumasi Girls win gold.

Ornella (Nelly) Sathoud, the female boxer from USA was unlucky to meet the African champion in her first fight.

The quartet squad comprising Flings Owusu-Agyapong, Gemma Acheampong, Deborah Acquah, and Halutie Hor did not win due to a baton drop but they are potential medalists.