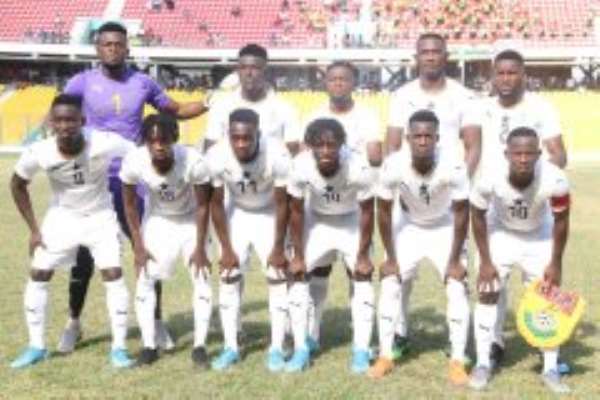 Head Coach for the Ghana u-23 team, Ibrahim Tanko has revealed his final 18-man squad for the second leg tie of the final qualifying round to the u-23 Cup of Nations against Algeria next week.

The West African nation will have a mountain to climb when they visit their counterparts from North Africa for the deciding tie that will give either club the opportunity of participating in the upcoming continental competition.

The Foxes managed to earn a 1-1 draw with the Black Meteors when they visited the Accra Sports Stadium for the first leg last week Friday.

Ahead of the crucial return leg, Coach Ibrahim Tanko has named a strong 18-man squad to try and record a win that will see his team eliminating the Algerians.

Below is the list of players that will depart Ghana for Algiers later today.