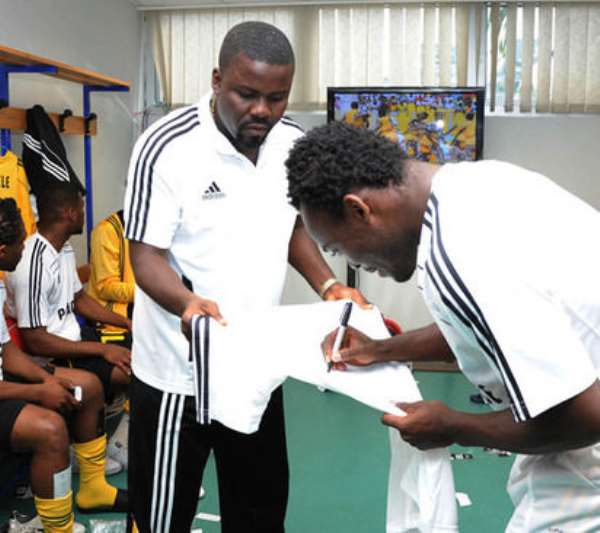 Sammy Kuffour, a stalwart of the Bayern Munich defence between 1993 and 2005 where he won 14 honours, Kuffour served Ghana with distinction too.

He wasn't the tallest of defenders but he made up for it with his exceptional positional awareness and he was voted African Player of the Year in 2001.

Michael Essien, disciplined and possessing an excellent reading of the game, Essien won everything at club level and he also earned 58 caps for Ghana.

He was physically strong and he retired last summer. Although he was unable to inspire Ghana to success, he more than left his mark on the game.

However, the pair were named among other African celebrated footballers.

[Hot Video] Shatta Wale vim dies as prisoners hoot at him in...
5 minutes ago