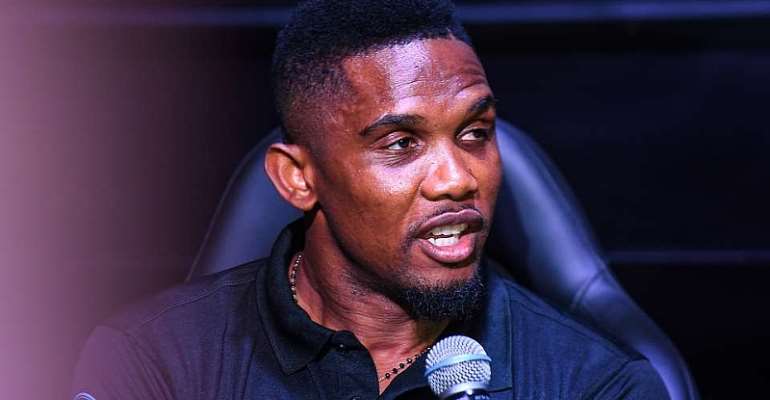 The legendary striker and a four-time African best player announced his retirement on Instagram with a post “The end. Towards a new challenge. Thank you all, big love."

After his announcement messages have been pouring out from the footballing world as they sent him heartwarming messages after his incredible 22-year career where he won the Champions League, La Liga, Serie A, FIFA Club World Cup and many others.

The CAF General-Secretary wrote on twitter and he said, “setoo9 I take a bow 🙇 for your wonderful career-world class player -welcome to life after football Mr Samuel Eto’o Fils🙏🏿✊🏿

Eto’o had an incredible 22-year career where he played for some top teams in Europe such as Barcelona and Inter Milan.

He won a lot of laurels in his incredible journey.
Here’s a total list of all of Eto'o's trophies and records won, both with his club and individually: