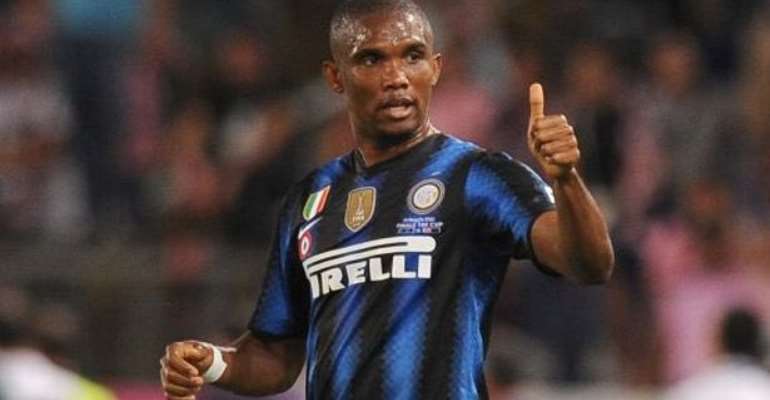 Eto’o posted an image of himself on Instagram with a statement: "The end. Towards a new challenge. Thank you all, big love."

What a career he had.
The striker spent his youth career at Kadji Sports Academy in his native Cameroon.

He joined the mighty Real Madrid, where he was loaned to Leganes, Espanyol and Mallorca.

He signed permanently for the latter, where he finished with 70 goals in 165 appearances for the La Liga side.

That saw him snapped by Barcelona for €24 million.

Five incredibly successful seasons following at the Camp Nou, scoring 130 in 199 matches. He also got his hands on three La Ligas, a Copa del Rey, two Supercopa de Espana and two Champions Leagues - scoring in the final of both.

In 2009, he was involved in a swap-deal with Zlatan Ibrahimovic, joining Jose Mourinho at Inter Milan.

Two seasons at the San Siro saw him notch 53 goals in 102 matches, winning Serie A, two Coppa Italian, a Supercoppa Italiana, another Champions League and the FIFA Club World Cup.

Eto’o then went on something on a world tour.

He played in Russia for Anzhi Makhachkala, England with Chelsea and Everton, Italy with Sampdoria, Turkey with Antalyaspor and Konyaspor and finally Qatar with Qatar SC.

All the while, he continued doing what he does best - scoring goals.

Eto’o finished his career with 370 goals in 759 matches in six different counties.

Here’s a total list of all of his trophies and records won, both with his club and individually:

Bawumia calls for greater unity, cooperation between Muslims...
9 minutes ago