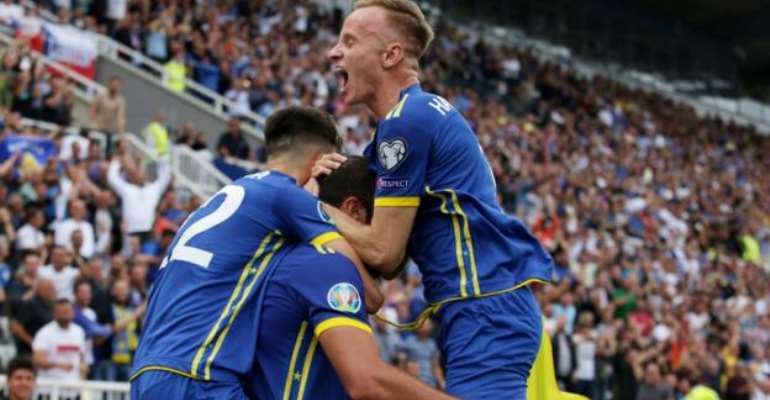 Kosovo beat the Czech Republic to go above England at the top of Euro 2020 qualifying Group A and boost their hopes of reaching a first tournament.

The Balkan country only gained Uefa and Fifa recognition three years ago.

England will go back to the top of Group A if they beat Bulgaria at 17:00 BST, but the top two qualify automatically and Kosovo are now two points above the Czech Republic.

Even if Kosovo, who declared independence from Serbia in 2008, fall short, they are guaranteed a Euro 2020 play-off place through last year's Nations League.

Their next game is against England at St Mary's on Tuesday (19:45).