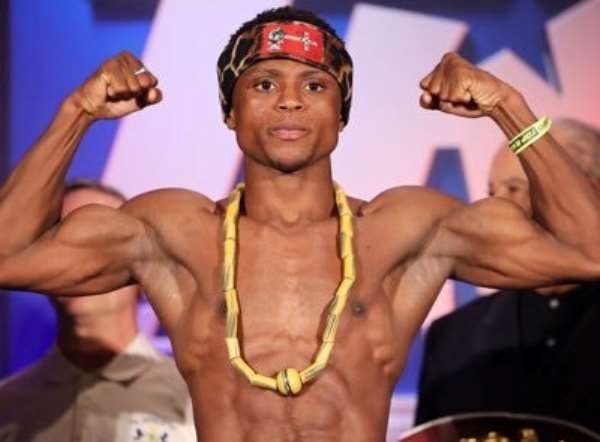 Ghana’s Isaac Dogboe would return to the ring on November 30 to take on former champion, Carl Frampton in Califonia, USA.

Dogboe, who lost his WBO super bantamweight title to Emanuel Navarrete last December, would be storming the ring for the first time after the defeat.

Last month, the 24-year-old who left his dad, Paul Dogboe, to be trained by renowned trainer, Freddy Roach, again switched to James Toney who promised to make the Ghanaian boxer a world champion again.

Dogboe, who is moving up in weight, was a former sparring partner of Frampton (26-2, 15 KO) but would be fighting for the first time in a competitive bout.

The 32-year-old Brit was expected to make his comeback last month in Belfast been out of action since losing to IBF featherweight king Josh Warrington in December.

“Royal Storm” as Dogboe (20-2, 14 KO) is known, was on his way to be a candidate of the 2018 Fighter of the Year after knocking out Cesar Juarez, Jessie Magdaleno, and Hidenori Otake, only to be defeated in a one-sided loss to Emanuel Navarrete last December.