US Open 2019: Rafael Nadal To Face Daniil Medvedev In Final 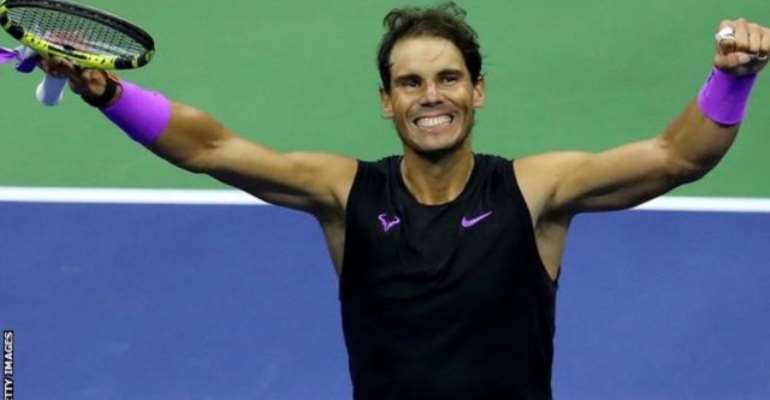 Rafael Nadal reached the US Open final with a dogged straight-set win over Italian Matteo Berrettini.

Berrettini, 23, lost momentum after missing his chance but still showed why he is rated highly.

Nadal proves again he is the 'greatest fighter'

Nadal is already known as the 'King of Clay' after a record 12 victories at Roland Garros, but is setting his sights on overhauling Roger Federer in the race to be considered as the greatest of all time across all surfaces - at least by using the clearest, objective indicator of Grand Slam titles.

Since 38-year-old Federer's quarter-final exit to Dimitrov at Flushing Meadows, which swiftly followed Novak Djokovic's retirement against Stan Wawrinka because of injury, Nadal has been the hot favourite to earn his 19th major win.

If Nadal beats Medvedev, like he did in the recent Rogers Cup final in Montreal, he will move within one of Federer's tally for the first time.

The Spaniard has only dropped one set on his way to final and, after using all of his survival instincts to stop Berrettini doubling that tally, produced another quality display which suggests Medvedev will find it difficult to overcome him.

Nadal, described by Berrettini before the match as the "greatest fighter ever in the sport", dominated his service games throughout the match, not facing a single break point and dropping just 13 receiving points.

"The first set was a little bit frustrating because I had a lot of free points and you don't want to be in the tie-break against a player like him," said Nadal, who failed to take any of six break points in the opening set.

"I was a little bit lucky in the tie-break but I survived and then finally I had the break and after that the match completely changed. I played with more calm and was more aggressive."