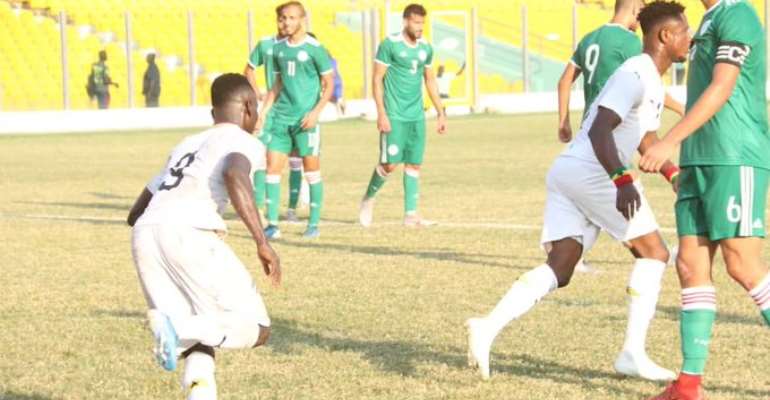 The Ghana u-23 team, the Black Meteors have been forced to settle for a 1-1 draw in the first leg of the final qualifying round for the CAF u-23 Cup of Nations (CAN) tournament.

The team is seeking qualification to this year’s championship in hopes of making it to the Tokyo 2020 Olympic Games after missing out for the past 15 years.

Playing in front of home fans at the Accra Sports Stadium, the Ghana team could not take advantage of the support and only managed to finish the match with a one-all draw.

Following an unimpressive showing in the early minutes of the first half, the Foxes showed their quality and took the lead on the 30th minute through Zorgane Adem.

The Black Meteors were presented with a glorious opportunity to draw level when they were awarded a penalty kick three minutes later. Captain Yaw Yeboah welcomed the responsibility but failed to hit the target.

The leaders went on to defend their goal for most parts of the match until they gave away another penalty in the second half. Young striker Dauda Mohammed stepped up and scored to restore parity for his side.

Both sides tried to equalize for the remaining minutes of the match but could not really make any inroads.

The match eventually ended 1-1 with the second leg of the tie set to decide the fate of the two teams with regards to securing a place in this year's CAF u-23 Cup of Nations.

Bawumia calls for greater unity, cooperation between Muslims...
41 minutes ago