Tokyo 2020 Qualifier: We Are Hoping To Take Our Chances Against Algeria - Bernard Tekpetey 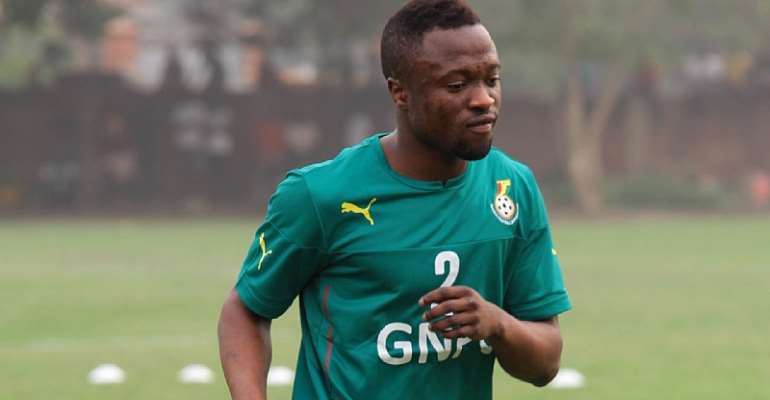 Ghana forward, Bernard Tekpetey says he side are well prepared and are hoping to welcome their chances against Algeria in Friday's 2019 Africa U23 Cup of Nations (Afcon) final round qualifier against Algeria.

The Black Meteors will host the North Africans in a final round first leg fixture in Accra, four days to the second leg decider away from home.

Ghana are seeking a first-time qualification for Afcon, having failed to secure a ticket since the competition's inception in 2011.

"We have prepared well and are hoping to take our chances," Schalke 04 loanee Tekpetey told Sportsworldghana.

"We want to make the nation proud with our quality by qualifying ahead of Algeria.

"For every good game, there is strong support behind it. Therefore we expect the supporters to come to the stadium in their numbers to cheer us to victory."

Austria based midfielder, Ashimeru spoke to KweseTV about the match.

"You can see everyone from outside the country is playing [regularly] in their teams [abroad]. Everyone is ready and we're ready to go for it,'' Ashimeru said.

"We know how important it is so I think we are ready and hopefully we can do something better here and go to Algeria and do better.''

The U23 Afcon will serve as the qualifier for next year's Tokyo Olympic Games in Japan, with the top three teams in Egypt set to represent Africa at the global showpiece.

Below is the full list of the Black Meteors squad for the qualifier: