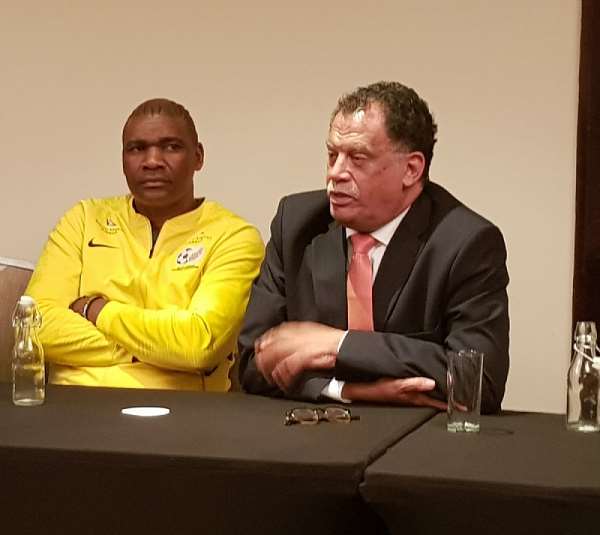 The South African Football Association (SAFA) has taken a decision to release the players who had been in camp whole week to go back to their clubs after the withdrawal of Madagascar team from the friendly match against Bafana Bafana which was scheduled for Orlando Stadium on Saturday, September 7.

The decision to release the players was taken after the meeting with the players and technical staff.

SAFA also strongly condemned the xenophobic attacks on foreign nationals that led to both Madagascar and Zambia opting not to play Bafana Bafana this week.

In a statement released on Thursday evening, SAFA called on authorities to continue arresting those responsible for the attacks and said the organisation would work with various organisations to ensure foreign nationals are integrated into the fabric of South African society.

Full SAFA statement
“SAFA has consistently and strongly condemned the xenophobic attacks and the criminal looting of foreign and South African businesses and wanton attacks on foreign nationals and South African citizens.

We reiterate our call that these criminals must be arrested and dealt with harshly.

We have noticed that 289 arrests have already been made and we urge the authorities to accelerate further arrests and prosecutions.

It is also reported that 5 persons lost their lives in these attacks and we want to convey our deepest condolences to the families of the deceased.

We call on all footballers and sportspersons to join hands and unequivocally condemn any violation of the rights of fellow Africans in our country as well as xenophobic attacks.

South African football is proud of its record of hosting safe and incident-free international matches in our stadiums. We hosted numerous FIFA and CAF competitions including the AFCON and FIFA Confederations Cup, the FIFA World Cup as well as major club events.

South Africa’s record is second to none. On Tuesday, we hosted an Olympic qualifier between Banyana Banyana and Botswana at Orlando Stadium in Johannesburg. This match, consistent with our history of hosting major football and other sporting events, was totally incident-free.

It is to be noted that Banyana Banyana suffered their first defeat after being crowned COSAFA Champions a few weeks ago via a penalty shootout.

SAFA will continue to work with various organisations to condemn xenophobia in our country as well as to work for the integration of African nationals into the fabric of South African society.”