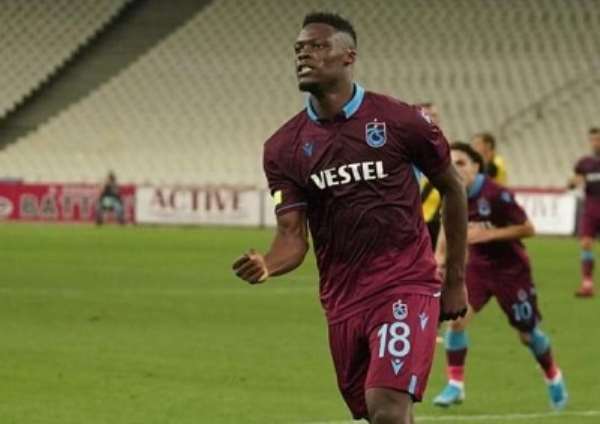 The former Leeds United still loathed by some for his penalty miss against Tunisia during a shootout at the round 16 stage of AFCON 2019 rose to head home an equaliser in the 28th minute.

Ekuban, 25, has already scored four times for Trabzonspor in the Europa League qualifiers.

The best goal return of his career came in the 2016-17 where he notched 17 goals in 34 appearances at FK Partizani in the Albanian league.

Watch his strike against Fernabache below;