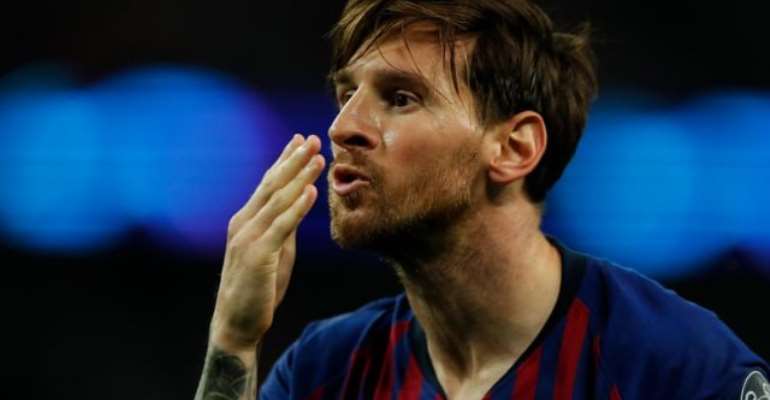 Lionel Messi may be contracted to Barcelona until 2021, but the Argentine star has the option to walk away at the end of this season.

The five-time Ballon d'Or winner signed his current deal with the Catalan club in November 2017, though president Josep Maria Bartomeu has been talking up his inevitable renewal for months.

However, Messi has not put his signature on a new contract so far, and Bartomeu may be getting nervous as the club's star player has no obligation to stay for another two years.

El Pais has reported thanks to a clause in his deal, which Goal can confirm, Messi has the unilateral right to walk away from Camp Nou after turning 32.

The attacker celebrated his 32nd birthday in June, meaning he could have opted to end his almost 20-year association with the Blaugrana.

The clause means Messi can decide to terminate his contract every June 30, though he is not the first player the club have given that right.

Barca legends Carles Puyol, Andres Iniesta and Xavi were all afforded the luxury of being allowed to call time on their careers every year at the same age.

Messi did not want to tax the club's economy and did not wish to be bound to any renewal, and the club agreed to continue by mutual agreement, with the star attacker having the option to depart at age 32.

However, Ernesto Valverde's team will be hoping that, like Puyol, Iniesta and Xavi, Messi will remain well beyond this season as the global icon shows little sign of slowing down.

The Barca and Argentina captain has been kept out of action this season due to an injury he picked up during the summer, but he chipped in with an incredible 51 goals in 50 games in all competitions at club level last term.

And Bartomeu confirmed in February that they are still trying to persuade him to commit to the club for even longer.

"Messi's contract is up in two years but, given how he is playing, we will have him for many more years," Bartomeu said.

"Leo is intelligent, he knows how to measure things. If he feels good, he will tell us.

"When he decides, we will renew his deal. Messi is the best player in history."

Messi has been perennially linked with a return to his homeland, however, as he has admitted that he wants to play for his boyhood club, Newell's Old Boys, before the end of his career.

"I would love that but it won't be easy, for all that it means going back to Argentina," Messi said in March.

"I must think about the kids and Thiago is starting to become a big boy, so he takes decisions together with us.

"Of course I would like to play for Newell's but I really don't know what is going to happen.