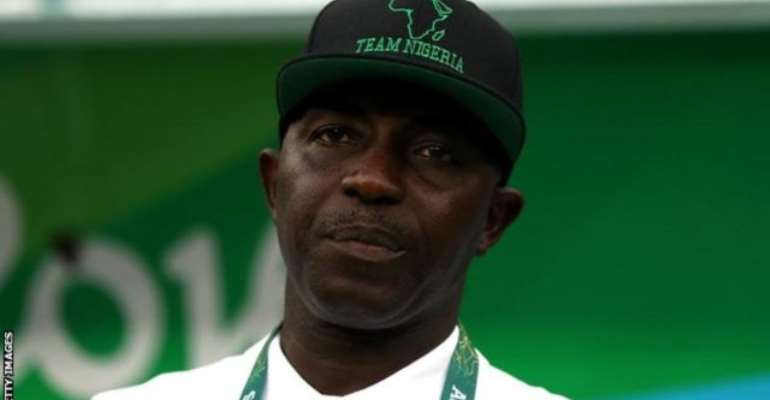 Former Nigeria coach and player Samson Siasia has filed an appeal with Fifa and the Court of Arbitration for Sport (Cas) against a life ban imposed by the world football's governing body.

Fifa handed Siasia the ban last month for agreeing to "receive bribes in relation to the manipulation of matches."

The 52-year-old has announced publicly that he began the process to clear his name by filing a Fifa appeal on 27 August and at Cas two days later.

"I've appealed against Fifa's decision and you will probably hear the results like you hear about the ban," Siasia confirmed.

"I wish to state that I have never been and would never be a party to any form of unethical conduct or perversion in the discharge of my duties in any capacity.

"In all my career, I have done nothing but serve my country clubs to the best of my personal and professional ability, with all my strength and might, with discipline, pride and passion and an awareness that it is a privilege to be an ambassador of our great nation.

"It is my greatest hope and belief that my country also stands by and with me at a time like this."

Fifa has not provided the details of which matches were involved in its investigations into Siasia, who managed the Super Eagles between 2010-2011 and for a spell in 2016 as well coaching he country's at under-20 and under-23 sides.

The Nigeria Football Federation (NFF) has provided counsel and legal support for Siasia, who is also dealing with the kidnap of his mother Ogere Siasia, 76, for the second time in four years.

Ogere and two others were seized at Odoni, Sagbama in the south-south state of Bayelsa, last month.

"It's been a tough time. I was totally unaware of the proceedings until I heard about Fifa's decision," he added.

"I am still dealing with the pain and challenges of my mother being kidnapped again and fighting to secure her release."

A former international, Siasia won the 1994 Africa Cup of Nations with Nigeria and played in their maiden World Cup appearance later that same year. He played over 50 times for his country while scoring 16 goals.

He also guided the under-20's to a runners-up finish at the 2005 World Youth Championships (as it was known at the time) in the Netherlands.

Siasia is the most decorated African football coach at the Olympics, winning silver at the Beijing Games in 2008 and bronze at the 2016 Games in Rio.