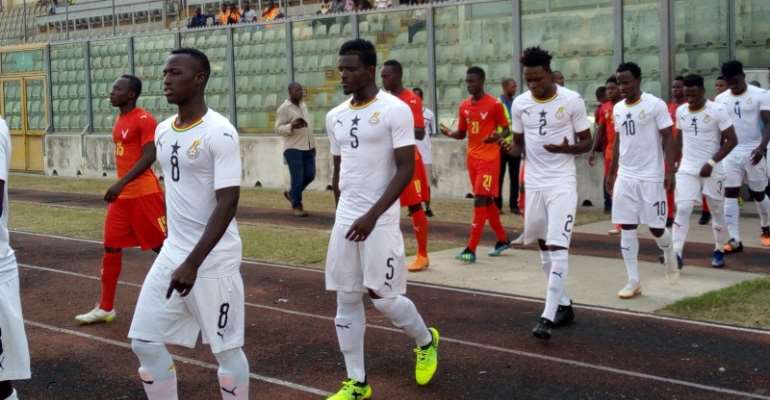 The Ghana u-23 team will be playing as hosts to their counterpart from Algeria later today in the first leg of the qualifying round to this year’s u-23 Cup of Nations (CAN) tournament.

The two countries have impressed in the qualifiers of the upcoming tournament but will need to cross one more hurdle if they want to secure a spot in the continental showpiece.

The first leg of a two-legged tie comes off this afternoon with the Ghana team having been in camp preparing for the past month.

Though the invited foreign players joined the local-based players just a couple of days ago, head coach Ibrahim Tanko has assured that his side is ready for what lies ahead.

Nicknamed the Black Meteors, the West African nation needs to win at home to ensure the return leg in Algeria becomes easier for them.

The second leg of the match will be played on Monday, September 9, 2019.

The winner over the two legs will qualify for the U-23 Cup of Nations tournament expected to be staged in Egypt in November.

That tournament will then serve as grounds for qualification to the 2020 Tokyo Olympic Games.

Today’s match between Ghana and Algeria will kick off at 15:30GMT.