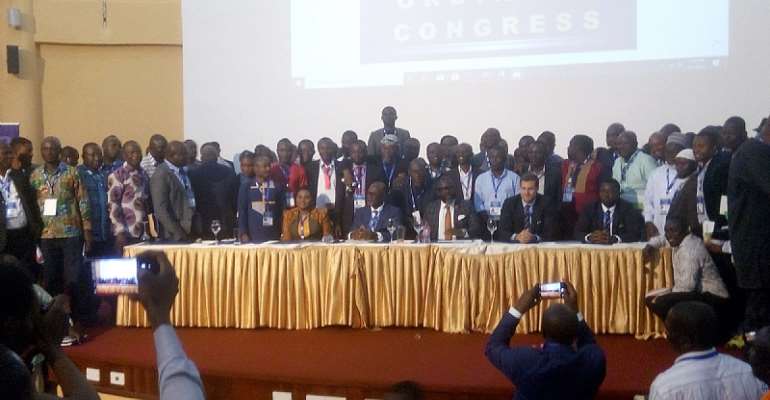 Modernghana Sports can confirm that members of the Ghana Football Association (GFA) Congress have agreed to adopt the proposed statutes of the Normalization Committee (NC).

The NC has been in office since August 2018 to come up with reforms that will restore normalcy to the football governing body of the country following an Anas Aremeyaw Anas ‘Number 12’ video that highlighted several rots associated with the body.

Following months of 'slow but sure' administration, the interim body set up by FIFA and the government of Ghana finally finished up the new statutes that they believe will help the running of the sport in the country.

Having received backing from FIFA, the GFA NC met with members of Congress today to at the College of Physicians and Surgeons in Accra to address necessary concerns in a bid for it to be adopted.

After hours of several arguments from various key stakeholders, the new proposed statutes have been accepted and will be used to run the affairs of the GFA after a new president is elected.

Per the new statutes, Congress will now have the following:

“The new Executive council will be composed of five representatives from the Premier League, three from the division one, with the Regional Association with two members”.

“The others will go to the President and a Women’s representative”.

The Congress will now be composed of 32 delegates from the premier league clubs, 48 from division one, 20 from the RFA’s, and the constituent bodies taking the rest”.