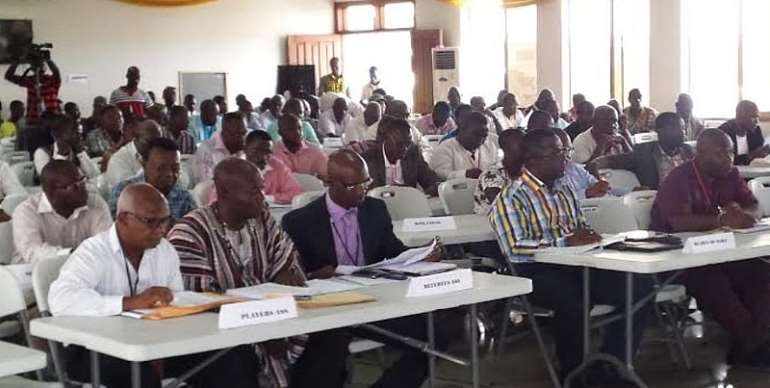 The much-awaited Ghana Football Association Extra-Ordinary Congress is expected to come on Today at the College of Physicians and Surgeons in Ridge, Accra.

Among other things, top on the agenda is a review and adoption of new GFA statutes as well as regulations on elections in relation to an imminent football association presidential election.

In June 2018, an investigative documentary by renowned undercover journalist Anas Aremeyaw Anas collapsed the GFA, consequently pulling the plugs on all activities and competitions including the Premier League and the FA Cup.

A Fifa Normalisation Committee has been in charge of the administration of football in the country since last September.

Ahead of the Congress, the Committee has issued a reminder of a directive asking "all members implicated in the Anas Aremeyaw Anas exposé on football titled 'Number 12' to step aside until the GFA Ethics Committee decides on their conduct".

This directive means implicated club and FA officials are not allowed to attend Thursday's meeting.

Resumption of the top-flight, following a makeshift Special Competition organised between February and June this year to "keep clubs busy", has been left in the air due to a lack of agreement between the Normalisation Committee and the Ghana League Clubs Association (Ghalca).

In July, a move by the Committee to begin a new league season was rejected by the clubs who insisted on holding a Congress and electing a new FA leadership to supervise the organisation of the local championship.

The Congress was initially scheduled for August 19 but a breach of regulations forced a postponement to September 5.